No one should consider this weblication as anything other than satire, especially with article titles such as these:

Super Bowl outcome to be decided by telekinetic Seattle fan

Seventh-grader reveals U.S. at the mercy of nine wizards

“But,” you might say, “I heard about those nine wizards!”

Undoubtedly. Still, don’t take our word for it. Their Who We Are page gives you a good idea of their mindset:

The Dandy Goat is currently put together by two individuals whose passion for ridiculing others into accepting the latest ideas knows no bounds. 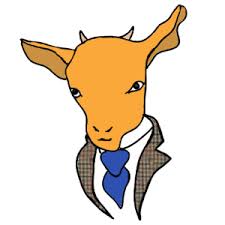