Since the most recent State of the Union Address, there’s been a lot of talk about Nancy Pelosi and her imitation of a document shredder.

And it seems that most people cite sources (when they bother to cite sources at all) that link to this article from Taters Gonna Tate:

Nancy Pelosi went too far when she ripped up the President’s speech. According to federal statute USC Title 26 SS197, all speeches given before Congress are to be preserved by the Speaker of the House and delivered to the National Archives for safekeeping. Pelosi wasn’t just disrespectful — she broke the law.

While there is no jail term for the offense, the fine is clear: “The Speaker will pay a fine equal to one-tenth of a Presidential salary.” As of now, that fine is $40K, even though Trump doesn’t technically take a salary.

Fortunately, Taters [. . .] ponies up to their true nature in their About page:

Tatersgonnatate.com is a subsidiary of the “America’s Last Line of Defense” network of parody, satire, and tomfoolery, or as Snopes called it before they lost their war on satire: Junk News

Everything on this website is fiction. It is not a lie and it is not fake news because it is not real. If you believe that it is real, you should have your head examined. Any similarities between this site’s pure fantasy and actual people, places, and events are purely coincidental and all images should be considered altered and satirical. See above if you’re still having an issue with that satire thing.

But one thing’s for certain — and it comes from the satirical article itself:

President Trump is expected to go on a multi-day Twitter campaign to make sure the whole world knows just how upset he is that someone disrespected him, something he would never do publicly to someone else.

A statement that’s an early contender for this year’s Best Shade Thrown at a Sitting President — and it’s not even March yet! 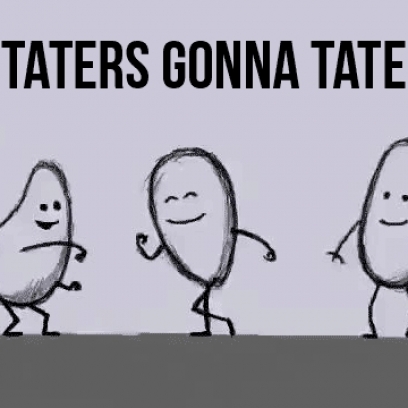