I was contemplating marking eBuzzd as both real and satire, seeing as they have a couple items on their site that are kinda sorta true; however, any truth on their site is likely happenstance.

eBuzzd represents to me the worst sort of ‘satirical’ page. As of this writing (3-13-2014) the first three articles are all celebrity tragedies, designed solely to get you to click to their page in the hopes of obtaining click-revenue from the plethora of ads on the site. Two of the three articles are known to be outright lies — Betty White is not dead and neither is ‘Pawn Stars’ Funnyman Chumlee, according to co-worker Rick Harrison — and the third, about famed BASE jumper Jeb Corliss getting paralyzed on 3-10-2014, is likely a lie:

Jeb’s Facebook page has been updated regularly in the past 3 days with no mention of the accident. Considering eBuzzd claims Jeb’s fans are rallying to help pay hospital and rehabilitation fees, you would think there would be some mention of accident and donation there or on Twitter. The quote provided by a ‘spokesperson’ simply doesn’t exist (and they would likely be named).

This is enough for me to think the Corliss article is a fake. 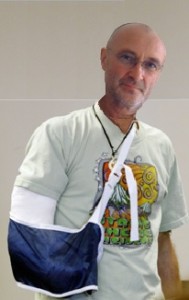 Come on, eBuzzd — you can do better than this.

There is also a Phil Collins story, which reports that he has to amputate an arm after an accident. Collins certainly revealed that he is suffering from a spinal cord disease that will prevent him from drumming again. He revealed that in 2009. But amputation? I find no information on this alleged amputation, but I admit that I didn’t look too hard. I mean, the headline says it was the right arm but the write-up says left. Plus the photo used on eBuzzd for this story is likely the worst photochop job ever. For real. (NOTE: As of yesterday, the post was ‘corrected’ to deal with this oversight. Nice try though. Who’s gonna correct that horrible Photoshop job??)

They’ll probably try and pull “for entertainment only” card, or the gossip card, or that they had received information from reliable sources while at the same time not revealing those sources, but the goal for the site is clear: shocking headlines + traffic + click-ads = revenue for eBuzzd.

The site is entertaining, certainly, but only when you look at how bad a job they’re doing at this.

Don’t bother with eBuzzd if you’re looking for facts. You’ll not find any. 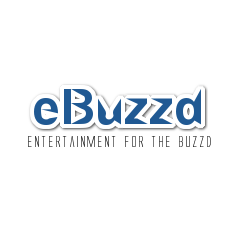