Elite Daily is advertised, via their Facebook page, as a “HuffPost without the cats” when “BuzzFeed just isn’t enough.” One should consider Elite Daily more as one big Op-Ed piece. They have a shared office space with Elite SEM (if that matters ((which it likely does)) and the site appears to be gunning as a disrupting agent for the likes of BuzzFeed and Reddit. It wants to be one of the first places you go to for cool, funny, ZOMG news.

But whether their staff of 15+ writers and 10+ editors actually fact check can likely be answered by this, a fairly recent and in-depth article about Elite Daily, posted on The Awl:

The lone former contributor who would talk to me estimated that about a quarter of the stories he submitted were published. [. . .]

“I can’t speak for all contributors but my pieces were always self-edited and never given more than a quick glance during reformatting prior to posting as far as I know.” This writer filed his stories with Serge Efap—described as working in Business & Development on the masthead—or Jonathon Francis. As for his ostensible editor-in-chief, he “never knew or followed her comings and goings.”

The offending article that was submitted to Real or Satire (Man Sues McDonald’s For $1.5 Million After Receiving Only One Napkin) has the gossip-behemoth TMZ as its sole source. Elite isn’t the only one to have run with the story. And they all cite TMZ.

Since any lawsuit that would be brought about is likely due to the supposed racist nature of the confrontation between patron and McD’s manager—and not the napkin itself, as the headlines would have you believe—then a $1.5mil-lawsuit is within the bounds of possibility; however, according to The Consumerist:

UPDATE: McDonald’s tells Consumerist that while it’s aware of the unhappy customer, it hasn’t heard anything about a lawsuit.
A spokeswoman tells Consumerist: “We understand this customer was disappointed with his visit. We have made every effort to make it right for him. We are not aware of a lawsuit.”

So this all adds up to a site that is likely more concerned with SEO/SEM-related traffic than with fact verification.

By all means, enjoy perusing Elite Daily; it’s a fun place when they’re not being misogynistic. Just be wary of what you choose to reshare from them. 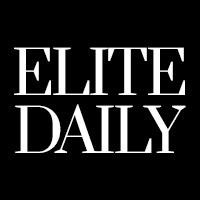