(And we really cannot stress this enough.)

In the immortal words of Public Enemy: Can’t Truss It!

Articles on The National Report tend to be a tad more . . . subtle. This ‘gentle’ form of satire parodies real news in a way that seems almost designed with the specific goal of tricking its readers. More to the point, there is no ABOUT or DISCLAIMER section to make it obvious that it’s satire. You actually have to do a bit of digging to find any trace of obvious fakocity. (Well . . . except now, since we’ve done it for you. Oh, and Wikipedia.)

Correction: There is no active link to a Disclaimer page; however, it does exist*:

*DISCLAIMER: National Report is a news and political satire web publication, which may or may not use real names, often in semi-real or mostly fictitious ways. All news articles contained within National Report are fiction, and presumably fake news. Any resemblance to the truth is purely coincidental. Advice given is NOT to be construed as professional. If you are in need of professional help, please consult a professional. National Report is not intended for children under the age of 18.

Any source that links to The National Report should be considered suspect, unless they are specifically talking about satirical news sites.

Oh, and chances are, none of the ‘journalists’ on the site have actually won any Pulitzer Prizes or Peabody Awards, either.

*EDITOR’S ADDITION – 7/10/2014: Not only are the two Disclaimer pages no longer available, but they’ve actively disallowed Google and other sources from caching any of those old pages.

Instead, you can find a half-assed disclaimer on their legal page. This is likely the bare-bones disclaimer that gets them out of legal trouble while still being able to pass off their “news” as viable, should they need more click-bait.

In order to be in compliance with the Federal Communications Act and The Barack H. Obama Administrational Oversight Panel On Media Matters [no such thing], The National Report officially states its purpose as an online portal for general news and commentary from its staff, citizen journalists and other sources, and may include unconfirmed or satirical material.

No information on this site is intended as, or shall be construed as legal, financial, medical or expert advice of any kind. National Report is not responsible for typographical errors, editing errors, or news source errors.

Thanks to RoS readers, Angel Eyes and James for pointing out that the Disclaimer links were broken and the page(s) removed.

Thanks to RoS reader DSother@hotmail.com for pointing us to the Snopes page that had screenshot the disclaimer (included below). 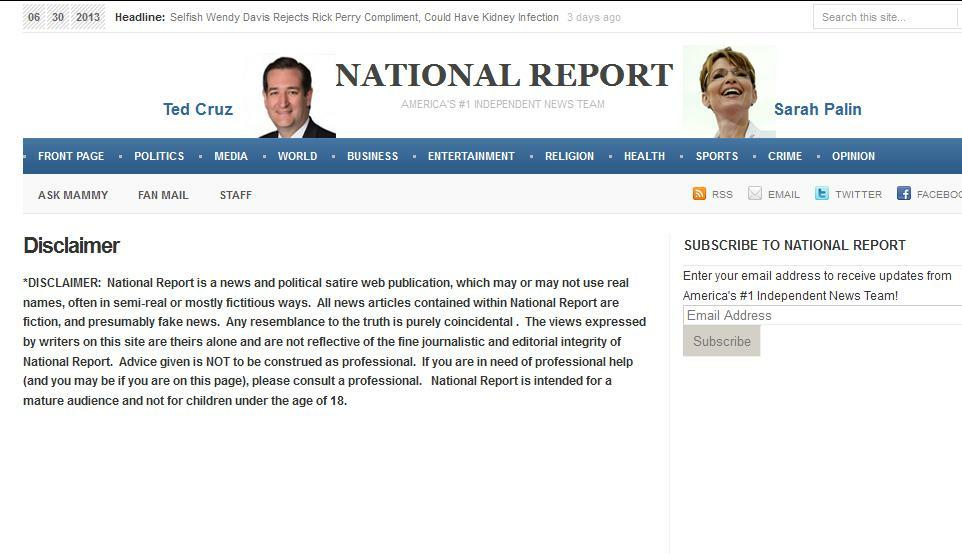 Here’s a screenshot of the National Report Disclaimer page, as snapped by Snopes. Thanks Dsothers for pointing it out to us. 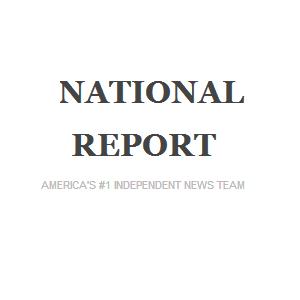