By their own admission:

Raw Story is a progressive news site that focuses on stories often ignored in the mainstream media. While giving coverage to the big stories of the day, we also bring our readers’ attention to policy, politics, legal and human rights stories that get ignored in an infotainment culture driven solely by pageviews.

Their original reporting has also been referenced by MSNBC’s Ed Schultz and Lawrence O’Donnell, The Daily Show, The Colbert Report, Real Time with Bill Maher and Countdown with Keith Olbermann; and were a finalist for an Online Journalism Awards in 2008 in the “Investigative, Small Site” category for a story about improper partisan influence in the prosecution of former Governor Don Siegelman of Alabama.

They scooped everyone with a report about Ntripid receiving a U.S. contract wherein Ntripid would create fake online personas worldwide.

It’s called a liberal mag, but likely by those who either do not know the difference between ‘liberal’ and ‘progressive’, or do not care about the difference.

Caveat Emptor: The site does have a satire/parody section.

Addendum 11-15-2016: We had hoped that marking this as real-but-admittedly-progressive would give the appropriate pause. To be clear: Rawstory has an agenda, as much as Breitbart does — only with different leanings. As with any source that wants to be an actual source of news versus one of entertainment, you should take the time to investigate their facts.

Question everything (within reason) — even if that means admitting when you just might (heaven forbid!) be wrong. 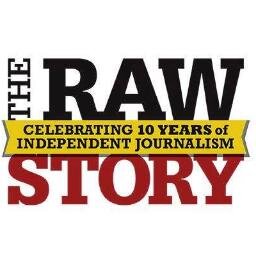