Heavy Caveat: Return of Kings is real, in the respect that the owner is dead-serious about his beliefs. It is, as best we can tell, neither satire nor an example of Poe’s Law.

Return of Kings is owned — and likely directly admin’ed — by Daryush Valizadeh, also known as Roosh V and Roosh Vorek, a self-styled “pick-up artist”or [PUA]. He is part of the so-called Manosphere, a portmanteau of “man” and “blogosphere,” itself a play on an older word, “logosphere.”

[By the way, dipping into the glossary found on this page is downright brain-numbing.]

According to the site’s About page —

Women and homosexuals are prohibited from commenting here. They will be immediately banned, and anyone who replies to them will also be banned. This includes replying in any thread that they started.

— so you can imagine the sort of nonsense that is allowed to take root and fester at RoK.

As with anything, there are things about the so-called Manosphere that I think we need; however, Return of Kings is not one of them.

EDITOR’S NOTE: Upon further investigation, some of us here at REAL/SATIRE actually think the site might be an example of Poe’s Law. In quick readings about Valizadeh’s online life, it appears he used to blog pseudonymously about how he was unsuccessful “bagging the ladies.” Once his identity was revealed, he suddenly started writing the BANG- books, mostly focused on international conquests. This entire schtick might have been a ploy to drum-up sales for his myriad Bang- books (the author, himself, is not that easy on the eyes, by American standards, which might explain the international slant of his adventures).

More to the point, there are articles, such as “4 Reasons Why Americans Will Never Fully Embrace Soccer,” that could be considered satirical. (One of the reasons, by the way, is ‘because Americans aren’t very good at it.’ Which . . . probably.) 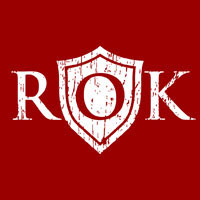