Now, before you’re quick to judge, hear me out!

We had reviewed American News before but they were having . . . website issues. As promised then, we’ve come back to American News and were able to actually read some articles. (You can see the original review from 2014 after we plead our case.)

You would think that American News’ strategic plan for success sits comfortably in their Engagement Through Enragement.

But . . . I think there’s something more going on?

+ Liberals Are FURIOUS After Melania Did This Right Before She Moved Into The White House.

In this article, American News says:

Now, Barack Obama decided to his last interview to criticize the president-elect for not having a plan. Rather than taking the high road, he sat down with ABC’s George Stephanoupolos [sic] and showed just how classless he really is.

Though Obama started out with some positives about Trump and saying he has enjoyed his conversations, it didn’t took long for the interview to turn ugly.

You would be forgiven if you thought we were being trolled with a claim that Obama’s ABC interview with Stephanopoulos “turned ugly”. After all, American News routinely defend a president-elect whose M.O. seems to consist solely of 3AM tweet-bashings of beloved Golden Globe winning actors.

Even in the parts of the interview that American News quotes, there is nothing Obama said that could even remotely be construed as “ugly” or even “non-supportive.” You can read more about the interview and even listen for yourself here.

Then there’s this one:

Trump Just Made The Best Announcement Yet About The Inauguration

Basically the articles reminds us that “many A-list celebrities have refused to perform at Donald Trump’s inauguration” before revealing who will be at the inauguration:

(And most of the Rockettes don’t even wanna be there!)

American News goes on to preface, before the ‘best announcements’ big reveal:

“This is not Woodstock. It’s not a summer jam. It’s not a concert,” Boris Epshteyn, Director of Communications for the Inaugural Committee

Though the absence of any outgoing links in the article adds some suspicion, Epshteyn did actually say those exact words.

We cannot in good faith read the “Best Announcement” article without feeling that we’re being trolled, that American News is engaging in Poe’s Law and throwing enough red herrings our way to cast doubt.

+ Malia Crosses The Line… Instantly Gets Put In Her Place

Never mind that the article never tells us how Malia crossed the line nor how she was instantly put in her place, the article relies on the readership’s lack of knowledge in Tiffany Trump to be effective. Examples:

Claim: Tiffany has been kept hidden from the public for most of her life.

But . . . : Tiffany regularly posts to Instagram (she has nearly half-a-million followers!) and hobnobs with the freakin’ daughter of Robert F. Kennedy Jr and the son of Magic Johnson — to name a few!

Claim: Tiffany was kept sheltered from her father’s elite world. She was essentially treated like a regular kid being raised by a single mother.

But . . . : DAUGHTER OF ROBERT F KENNEDY JR!!!!! How is that NOT elite? That’s quintessential elite American royalty!!

Claim: She regular posts pictures of herself pulling all-nighters in the library.

But . . . : Regularly??? She’s posted three of them that we’ve seen. On her Instagram account. Which you can view for yourself.

Claim: Malia has been spotted out partying at festivals [true] and smoking weed [not true] while Tiffany has been wrapping up her studies at the Ivy League University of Pennsylvania.

But . . . : Again, Instagram. Plenty of traveling. Plenty of concerts and festivals.

Claim: While Malia spent her later teenager [sic] years with a Hollywood internship and using her father’s connections, Tiffany was focusing on her studies.

But . . . : Tiffany also interned at Vogue Magazine, no doubt on the strength of her family name and the fact that half-sister Ivanka was a regular model for the magazine. (Tiffany double-majored in sociology and urban studies, not fashion studies or design.) She released a music single and got to be interviewed by Oprah-freakin’-Winfrey!!

To be clear, we are neither judging Tiffany Trump’s character nor her background, neither her intelligence nor her compassion; rather, we are judging the argument that American News seems to be making with this comparison between Malia Obama and Tiffany Trump.

Honestly, we’re still kinda stumped on that point. American News is either an utterly ridiculous example of delusional writing using massively faulty logic and a shocking amount of straight-up ignorance, or a subtly brilliant trolling of . . . well, damn near everyone.

And we mean everyone! By most agencies that try to ward off fake news, American News is reviled. Really reviled. Like . . . for real.

[. . .] without a clear indicator of the author’s intent, it is impossible to create a parody of extreme views so obviously exaggerated that it cannot be mistaken by some readers or viewers as a sincere expression of the parodied views.

And to me, the missing About Us, Disclaimer, or other indicator page reads very deliberate.

All that aside, I’m sticking to my guns on this one, but I’m willing to admit when I’m wrong.

Might there be more to the story of AmericanNews.com? Am I giving them far too much credit?

This is odd . . . go to http://americannews.com/ and click on any article. 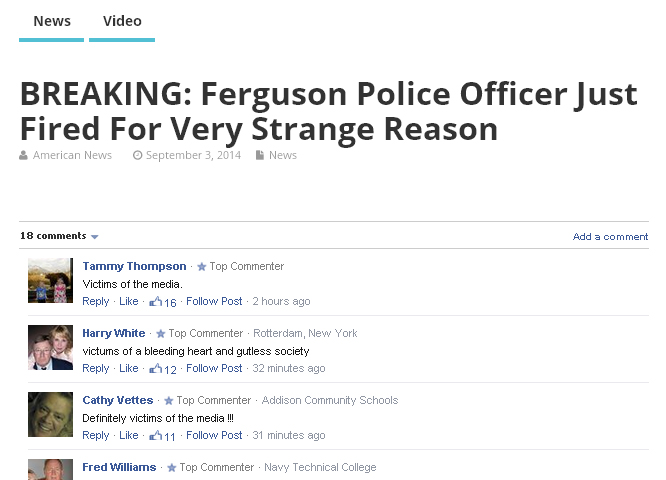 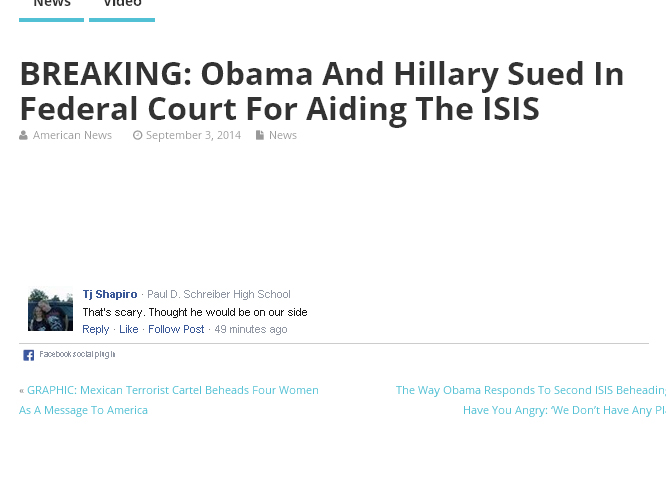 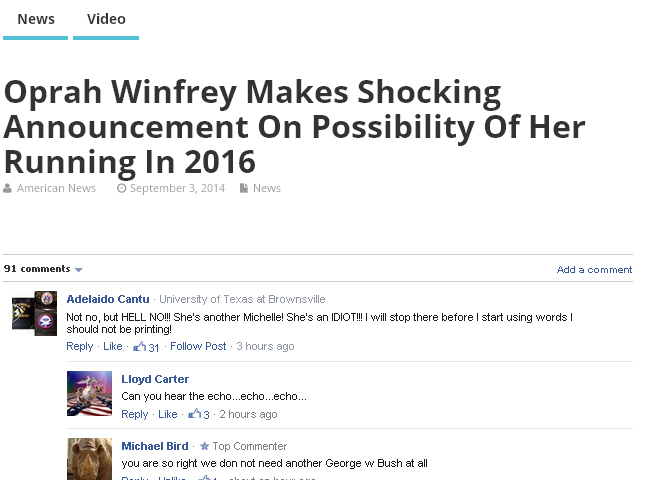 Go to their About Us page and you get this: 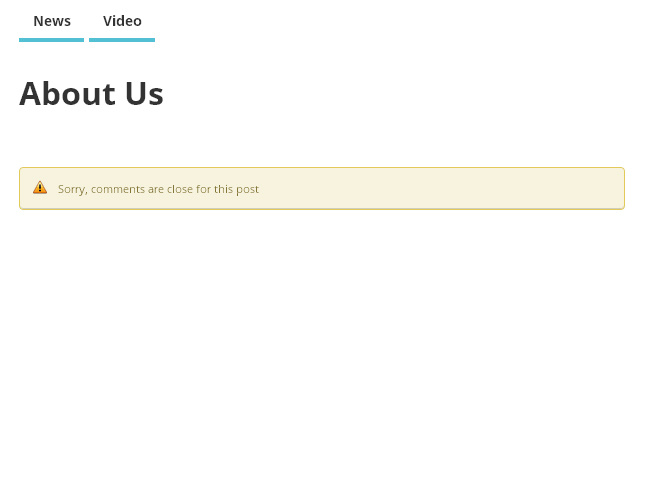 So until otherwise noted, we’re labeling this as Click-Bait. They have “shocking” headlines and a pic of the subject for the homepage, but that’s it.

Even if they had story copy, they would likely be extremely colored “news” that’s anti-Obama, anti-Left, anti-Liberal, and Diet Racist.