No one should look to occupydemocrats.com for unbiased news reporting — it’s in their name, after all. Calling them ‘bias’ is like calling our sun the closest star to Earth.

They are very quick to publish Clickbait-y headlines for stories later proven false (which are then removed without fanfare or editorial notice).

Occupy Democrats reported about three counties in Wisconsin admitting to committing voter fraud in favor of President-elect Donald Trump (original link, now removed), which is false — likely the reason for the story’s removal.

They also reported on Bruce Springsteen insulting Trump. This story was originally here (now removed) but now archived in its entirety here. The story was likely removed because the @Boss1949 Twitter account is not the official Bruce Springsteen account. 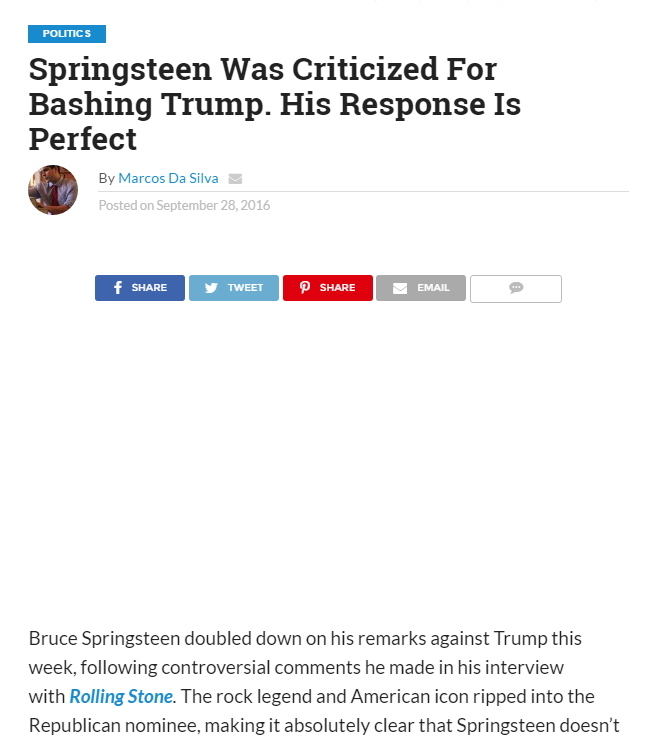 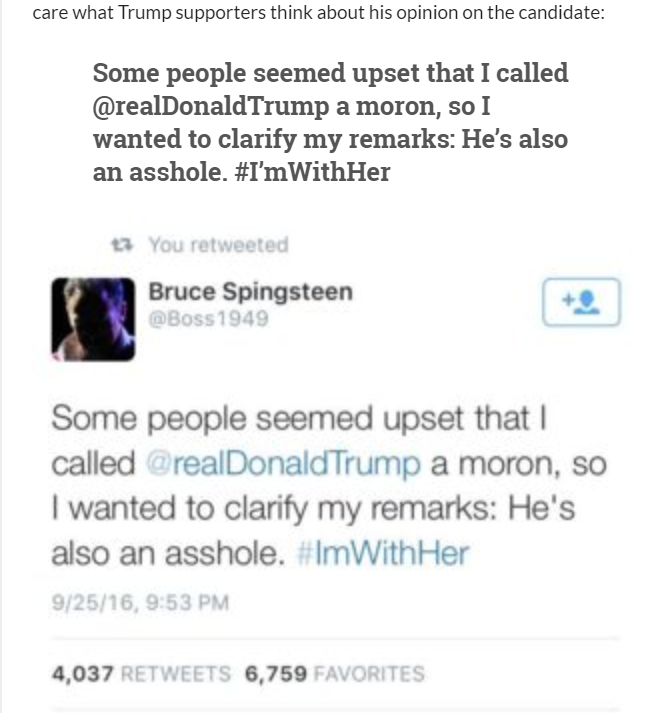 (The Boss did, however, refer to Trump as a ‘moron’ in a Rolling Stone interview.)

Trump Is Considering A Taliban Sympathizer For Secretary of State

And Occupy Democrats are not above posting Clickbait memes that make up stuff to get their point across, like the oft-debunked Pam Nelson from Texas Voter ID Fraud meme: 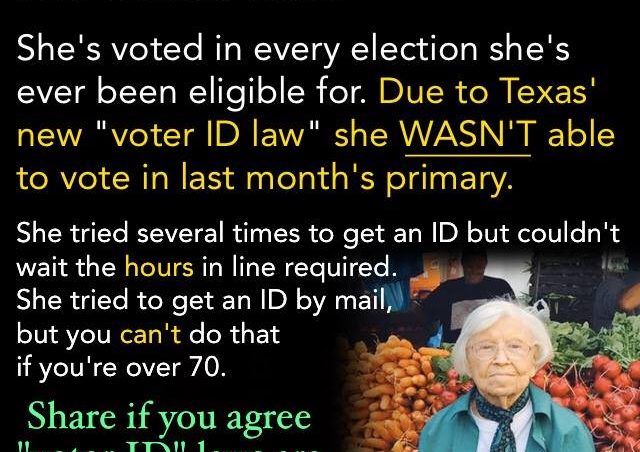 Click the image to be taken to Snopes’ debunk

We don’t particularly care if this was to counterbalance all the false Right-leaning memes out there — sloppy reporting (and shitty meme-creation) is problematic, no matter which side does it.