readersupportednews.org
is neither REAL nor SATIRE

This is a difficult one to assess.

RSN is exactly as its name suggests: reader-supported news.

From their about page:

Reader Supported News is a new service by the creator of Truthout, Marc Ash. [. . .] Truthout built its following among readers who wanted to better understand the most important stories of the day, but had grown tired of the hype and sales-pitching of the big corporate outlets.

Reader Supported News (RSN) will carry forward the core concept that the reader is best served by financial control of the news service they depend on. No outside investment capital was used in the startup of RSN. No advertising money will be accepted by RSN. No grants will be sought by RSN. We like having the reader as our boss.

The service is free to all – even if you cannot contribute, we are honored to have you join us as a reader. RSN will not be a non-profit.

Apparently, RSN pulls most articles from their readers, who can submit essays and articles. Use it to spark discussion and engage your social media circles. Do not pass it off as irrefutable fact, until you have done some verification of your own. So take a hint from the scientific method: If you believe A is true, then try to find cases that disprove A.

Real or Satire – Real, but with caveats.

Since RSN talks so much about Truthout in their About/Disclaimer page, it’s only fair to talk about them here:

Truthout operates a progressive news site and daily newsletter. One must be careful with Truthout posts.

On one hand, 60 Minutes cited a Truthout article as a source for their BP Oil Spill coverage. Similarly, CNN’s Randi Kaye listed Truthout as the first article to mention Mark Kovak’s inside knowledge about the Alaska BP oil field.

On the other hand, Truthout were adamant about a Karl Rove indictment over the Plame affair. This indictment never came to pass. Now, considering we’re dealing with mastermind puppeteer, devil-incarnate Karl Rove, there is no telling what behind-the-scenes wheelings and dealings happened to prevent such an indictment. We wouldn’t rule out a scenario whereby an indictment was about to go down and some last-minute shenanigans went down to stop it. Truthout still stands by their claim.

Our point is that, with Truthout articles, there is room for doubt. And since RSN is basically an arm of Truthout, with the same guiding players and principles, it’s reasonable to extend that doubt to RSN.

Also, if you noticed, every article at RSN has ‘opinion’ in the URL.

And that’s exactly how you should take RSN articles.

This isn’t to say that RSN doesn’t provide a valuable service. Certainly it does! But the question here at RorS is simply: “Are the articles at this site real or satire?” We have reservations about labeling the site “real” — or even “real, with caveats,” but it definitely isn’t satire. 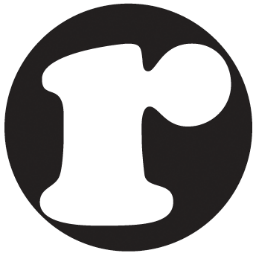