The Telegraph started off as The Daily Telegraph and Courier. It is a broadsheet newspaper — you know, those comically long newspapers, like the Daily Prophet from Harry Potter (minus the animation (for now)) — that is distributed in Great Britain, Ireland, and abroad. It is considered real news, although they have posted various premature obituaries. One such premature obit, for ballet dancer Katharine Sergava, was then reported by The New York Times who cited The Telegraph.

The Daily Telegraph has also won various awards, including “National Newspaper of the Year” back in 2009.

Undoubtedly, a publication this big would have both a humor section and an opinion section. The latter is especially true, considering the origin of the Telegraph’s creation, which was to be an avenue for the paper’s founder to air grievances against Prince George, then the future Commander-in-chief of the British Army. As a whole, the paper is staunchly conservative, literally backing Britain’s Conservative party, even as Labour — and subsequently New Labour — started out-performing Conservatives in the polls and in elections. But while non-Conservative Party individuals in Britain may disapprove of individual stories, The Telegraph, as far as we can see, haven’t been accused of blatant fact slanting.

When sharing a story from The Telegraph, you should verify that it’s not from their humor section — or humour section, heh! — or an opinion piece. Our 3-Link Deep rule, however, still applies. 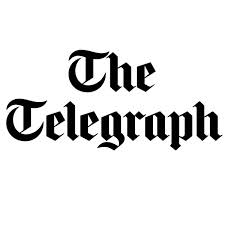