The Epoch Times is both real and really interesting to read.

Originally, it was directed towards Chinese readers living abroad, countering through its own reporting and opinion pieces what it considers to be CCP propaganda.

There is some concern that their primarily negative stance towards the CCP colors their work too much, but considering the closed nature of China’s microcosm, who can blame them?

The Epoch Times is not limited to coverage of China, however. They have recently covered the Ukraine crisis, the U.S. (in particular, top CEO/exec/university salaries), world-wide technology issues, Germany’s European bail-out, etc.

What is also interesting is their stance on web publications. In the book, Contesting Media Power: Alternative Media in a Networked World by Nick Couldry & James Curran, Yuezhi Zhao was quoted as saying: ‘[. . .] mainstream newspaper typically treat Web versions as an extension of [. . .] print version, the Epoch Times website serves as the master for all its worldwide papers.’

Everything you read is worth a bit of fact-checking, including that with The Epoch Times, but you can rest assured that what’s reported in The Epoch Times is true. 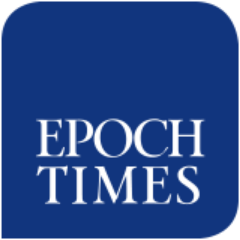