Well . . . the good thing about the PCMD Gazette is that they separate the satire from everything else.

But their actual news is more like Fox News — colored.

For instance, their “Affordable Care Act could cut the number of full-time workers in the U.S. by more than 2 million” article is based off an IMO flawed CBO report that says, among other things:

“The estimated reduction stems almost entirely from a net decline in the amount of labor that workers choose to supply, rather than from a net drop in businesses’ demand for labor,”

So the CBO basically presumes that people will opt to work less hours.

Since, you know, rent and lights and gas and water can be paid by Obamacare, right?

And I can get a cellphone?

I heard that on the Internet somewhere, so . . .

Another one was their article, Dartmouth College Says the word ‘fiesta’ is racist and white people can’t use it. The color of the article makes it seem, at first glance, that the college itself canceled the event. In fact, heading over to the college’s student-run campus newspaper, The Dartmouth, the fraternity and sorority who were putting on the show opted to cancel the show. This is considerably different than Dartmouth College making the claim of racism within a word.

And in this world where folks don’t read good (deliberate, don’t even try it!) burying this part of the story so deep into article is tantamount to it not existing at all. In fact, most of the comments from Facebook (which you can read at the bottom of the article) proves this. To add to the obfuscation, the PCMD Gazette mentions a name (“Cathcart”) and quotes him or her, but there is nary a mention of who Cathcart is.

From The Dartmouth article:

So this is clearly an instance where sensitivity ruled over the standard “I-Am-Because-I-Can” attitude that the PCMD Gazette and its buddies over at Fox News and their ilk seem to champion. (Trust me: the absence of Carthcart’s full identity was intentional.)

Also from the PCMD Gazette:

So it’s no wonder that something like Phi-esta and Dartmouth College would ruffle their feathers.

[Editor’s Note: We did receive a correction, which we have yet to verify. It’s not something that changes our verdict, but it’s good to note. You can read it in the comments.]

And even their satired articles are designed merely to incite self-righteous anger over things like Gay Pride parades and Black Pride.

If you are lulled into a safe feeling simply because a site has opted to tell you upfront when they’re lying (“satire”) versus pretending they’re not (“news”) without the bothersome worry of having to look up sources and validate the claims made, then the PCMD Gazette is a good place for you.

UPDATE 05-20-2014 :: So here’s an example of typical alarmist headlines that media outlets of all sorts tend to use.

All Americans Will Receive A Microchip Implant In 2017 Per Obamacare

Then there’s the lead, which states:

NBC has recently predicted that in 2017, all of America will be tagged with microchips. They will be implanted to help identify individuals immediately. According to the report, the technology is used to answer one question, “Am I who I say I am?”

Yes, that NBC made such a video predicting this is true, meaning NBC did in fact make this claim. If The PCMD Gazette were only using news-reporting tricks to get folks riled up, knowing that most people do not read past the lead, that alone would be worthy of a side-eye. But reading the entire article, you can see that there’s simply incorrect information being passed on as fact.

The RFID bit is not in the enacted Affordable Care Act. In fact, the PCMD Gazette claims that HR 4872 (which proves their conspiracy) was enacted into law, when in fact, it is not included in the final version passed by Congress. 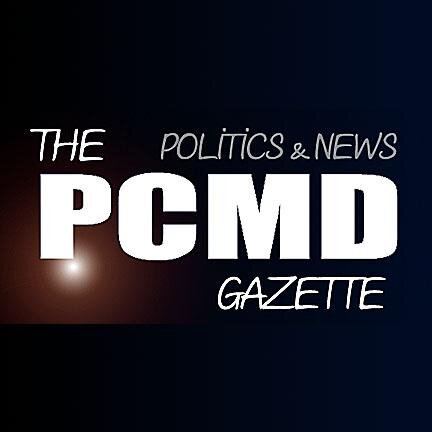