With over 64,261 Facebook likes, Weekly World News is another talboid-style faux-news site whose subject matter alone should tip you off whether or not its real news or fake news. In its heyday, WWN would sit on grocery check-out lines across America with other similarly crafted rags, such as The National Enquirer (only less credible, if you can believe that). It was rare that an Elvis sighting or an alien abduction or a Sasquatchean lovechild revelation went uncovered by WWN. The publication brought to fame the delightfully enigmatic Bat Boy but stopped print publication in 2007.

Like the World News Daily Report, WWN doesn’t have disclaimers about its satirical nature. But WNN’s About page does have this nice, fairly recent report from CNN. 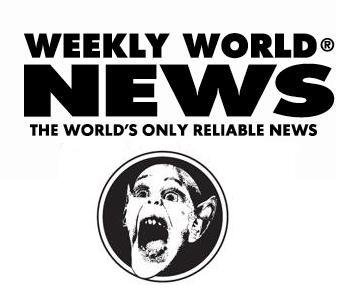