It’s hard to categorize this one.

Conservapedia is a wiki-encyclopedia project with an extremely far-Right agenda/slant. Their goal is to counter the “liberal bias” of the media in general and Wikipedia specifically.

So it’s hard to consider it “real news” because of it. Though it’s definitely not satire.

One of the interesting editorial requirements (or requests) from Conservapedia is that editors/contributors select their usernames based from their real names1.. It at least adds a sense of accountability, or provides a stronger illusion of accountability, than does Wikipedia’s username rules.

But on Conservapedia’s bias? This Vanity Fair article reminds us that the editors allowed an article that compared Richard Dawkins, Professor for the Public Understanding of Science at Oxford, to Hitler.

And check out their entry on the bias of Wikipedia; in particular, their caption under Jimmy Wales (Wiki Founder): 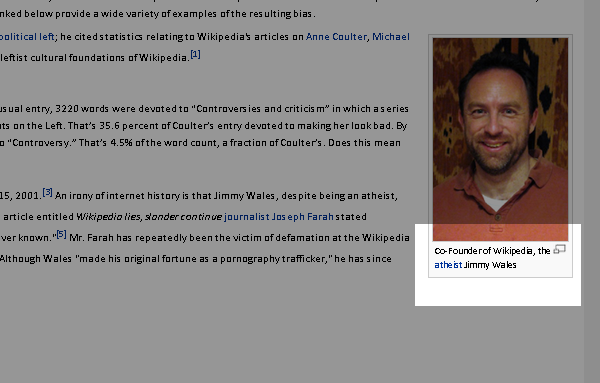 Irony retrieved from Conservapedia on July 28, 2014

We feel uncomfortable considering anything coming from Conservapedia as “real news.” This undoubtedly would be attacked by their legion as an example of the “liberal bias of Real or Satire.” We’re okay with that.

But our basic rule of thumb is the same with Conservapedia as it is with Wikipedia:

And that’s really a good rule of thumb for any so-called news source whose article you wish to share. 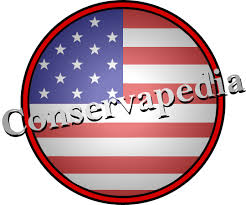