Mr. Conservative ran this headline not too long ago:

“Obama Admin. Hands Out Pamphlet: “What To Do When The Veteran In Your Classroom Attempts A Mass Shooting””

The source? Duffel Blog, which we’ve covered before.

And then they ran:

Its source? The National Report.

In two minutes, I’ve found 2 articles that are basically reprints of other satirical articles. Yes, there was a half-apology for reprinting satire as fact, but then justify it in the same breath:

The fact is that, with daily reports about the Obama administration’s heavy-handed approach to anyone or anything that challenges the administration . . .

— By ‘daily reports’ I’m assuming they mean the satire they pass off as news.

We’re not withdrawing this story from publication because the fact that it is false but still believable, is in and of itself, newsworthy.

And that’s where you’re wrong.

This claim of “believable-therefor-truth” is found peppered all through-out their site.

This leads to either one of two conclusions: Either this site is a deliberate embodiment of Poe’s Law, or they are too lazy to check their sources properly.

Since I’m a glass-half-full guy, I’m going to assume it’s the former. 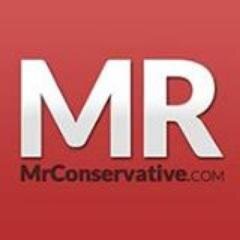