realfarmacy.com
is neither REAL nor SATIRE

Real Farmacy is difficult to categorize.

Oh, they’ll post mostly-real; or real stories, but it’ll be a story that’s 10 years old (see below); or it will be a mostly-true story with misleading headlines, which isn’t something that is entirely new to anyone who has been following Real or Satire for any length of time.

(A hint should be in the spelling choice of “farmacy” as well as their legal disclaimer.)

Example posts:
GMOs Will Unleash Global Killer ‘Ecocide’ Across The Planet, Warns Prominent Scientist. It contains three aspects of bias that borderlines fakery: a fallacy (or two) and false information.

Man Denied Job as Police Officer Due to Above Average IQ was post in November of 2013. It’s basically a rehash of an ABCNews story back in 2000, which referred to a case that started in 1997.

The Real Farmacy post doesn’t add any commentary to the story nor does it cite any sources, which as we’ve discussed before, should raise red flags. In fact, pointing to their original source would automatically key you in that the OP is far from timely.

Does that mean the article is incorrect? Or that it isn’t relevant? Certainly not. And this is where a check for updates would come in (like an appeal, for instance) or some commentary on the state of law enforcement, pointing back to the case. But that’s not what Real Farmacy is about. They have an agenda (aside from ad revenue from click-bait) and a bias to push forward as fact.

And that’s exactly how you should take this site: one big opinion piece.

If their opinion is in line with yours, you’re likely to re-post and share an article, claiming this as proof that your view is correct. But we’ve given you three examples of just how fallible Real Farmacy is.

Editorial Note – 04-15-2014: We have removed both ‘real’ and ‘satire’ verdicts from Real Farmacy. The site is neither satire nor ‘real’ enough to be likened to other real media entities, such as Associated Press, MSNBC, and the like. Since we cannot dole out an official verdict on Real Farmacy, RealorSatire feels obligated to at least provide recommendations:

We are considering creating other categories to cover sites like Real Farmacy. 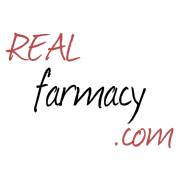