While based out of India, The Unreal Times has their satirical nature plastered on less than seven places:

And they do speak English over there.

One would think that there would be no excuse for passing on articles from The Unreal Times as news; however, despite all this, The Unreal Times has been quoted, their articles mistaken for truth, by other international news agencies, as well as their own government officials. It’s the latter bit that has gotten them in trouble and is likely the reason they’ve posted 7 times that they are satirical in nature.

(This is also a good time to note their spelling of “UnReal” — as in ‘not real,’ but not as in ‘unreal.’ #Winning_Through_Grammar!) 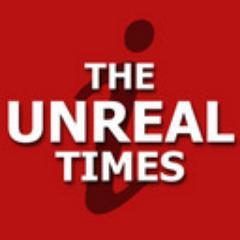