The allenwestrepublic.com site is a Conservative news-based opinion site run by Tanya Grimsley. According to her About Me page:

I have a passion for helping people increase their social media experience in ways that help benefit and endorse the united cause for conservatism.

We are NOT Congressman Allen B. West but a Republic of conservatives from across the nation, united to support Allen West and his level of conservatism.

What exactly does ‘his level of conservatism’ entail? Plenty of sites have outlined — or attempted to outline — Allen West’s political views (e.g., here). You can also watch an interview with her here. 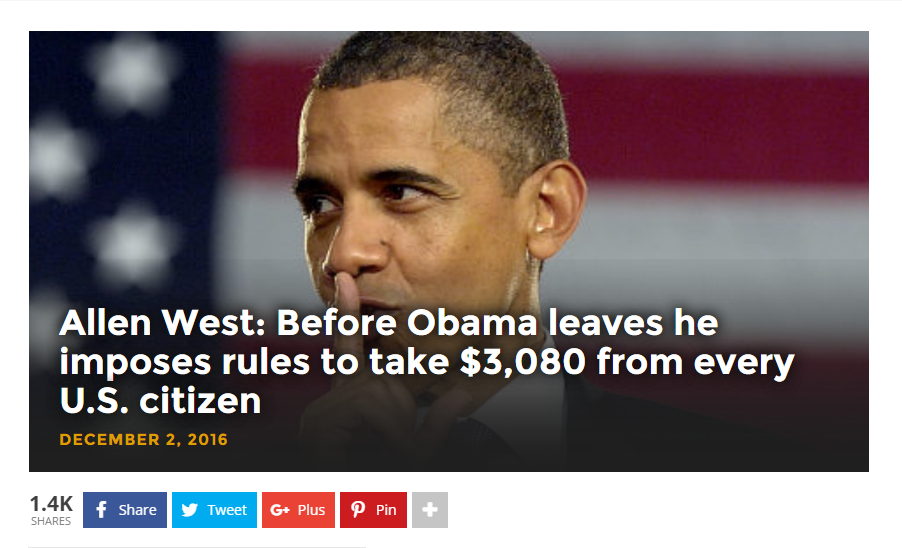 She’s not above reposting stories from other conservative outlets, like The Daily Caller and the Conservative Tribune, or passing on stories that contain misleading info. (Read PolitiFact’s analysis of one such article: Website wrongly says Obama plans to take $3,000 from every American.)

Though Allen West Republic has a store prominently featured in the site’s menu, the site doesn’t intrusively promote it. (The ads on the site are pretty annoying, though, but we’ve seen much worse.) This, and the site’s occasional ClickBait headline, isn’t enough to change our assessment of the site itself.

In fact, Grimsley has often removed the attention-grabber altogether when reposting a story from an outside source. This is evident in the mentioned Obama article, in which the source article’s lukewarm “ALERT” headline was removed.

What you will find there are stories ripped from the news extremely colored with a conservative brush and drenched in Grimsley’s editorial opinion. Refreshingly, she owns up to this.